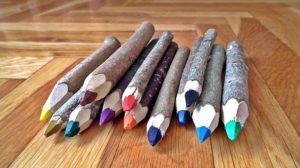 Since 2010, Kansas is litigating the funding of K-12 public education. The Kansas Supreme Court has rendered four decisions repeatedly instructing the state legislature to provide adequate and equitable funding for Kansas public schools. In its latest decision of September 2017, the Supreme Court has given another nine months to the state legislature to fix the funding problems for “after that date we will not allow ourselves to be placed in the position of being complicit actors in the continuing deprivation of a constitutionally adequate and equitable education owed to hundreds of thousands of Kansas school children.” For the Kansas Supreme Court, the funding of public education is not a political question that commands respect for legislative preferences but a grave constitutional issue.

Article 6 of the Kansas Constitution secures a detailed state commitment to the right to education “for intellectual, educational, vocational and scientific improvement by establishing and maintaining public schools.” To make this commitment meaningful, Article 6 further provides that “The legislature shall make suitable provision for finance of the educational interests of the state.” Historically, Article 6 commitments reinforce the origin of Kansas as a Free State, which rejected slavery and the concomitant denial of education to slave children as has been the practice in pro-slavery states in the nineteenth century. For some, Article 6 violations, which disproportionately affect minority children in poor school districts, trigger the painful memories of disgraceful practices of educational apartheid that gave rise to Brown v. Board of Education of Topeka.

Wealth Redistribution Argument
About half a million students, from kindergarten to 12th grade including special education and at-risk students, study in Kansas public schools. That is roughly one-sixth of the total population (approximately 3 million) of Kansas. The projected public school enrollment will remain steady as will total population. The Kansas income and poverty statistics furnish a further understanding of the funding of public education. The median household income is a little above $50,000 while per capita income is near $28,000. Twelve percent (12%) of the Kansas population lives in poverty. Statistically, therefore, 12% of the student body in public schools is likely raised in poverty.

Kansas public schools are funded from two major sources. First, each school district raises funds through imposing a mill levy upon taxable tangible property in its territory (called local effort). Second, the state provides compensatory funds to poor school districts that cannot raise sufficient funds through property tax. Rich school districts may raise additional money by increasing the property tax but a limit has been placed on this option. “And if a district’s local effort funds exceeded its state financial aid entitlement, the excess was remitted to the State.” Despite these corrective measures, the 286 school districts in Kansas receive unequal funding. Poorly funded schools produce poor student performance.

Poor school districts bear two distinct harms. First, they do not get adequate funds. Second, they, as compared to rich districts, do not get equivalent funds for providing reasonably similar educational opportunity. Thus, poor school districts are subjected to inadequacy and inequity, the two wrongs that the Kansas Supreme Court continues to emphasize in its sequential decisions. A 2013 map shows that school funding varies widely across Kansas ranging from $25,000 per student (district 292) to $7,000 per student (District 469). This range is not blatantly arbitrary and must be viewed in light of population density, number of students in the district, low property values in small towns, and many other factors.

For some, public school funding raises profound ideological and demographic questions, as it plays into the classical “redistribution of wealth” argument. Given the conservative politics of state legislature, public school funding collides with what some lawmakers see as educational socialism under which the kids of poor families are being educated with tax dollars acquired from rich families. This may also mean that urban school districts with high property values are educating the children living in small towns. Fears are hatched that the equitable allocation formula may require cutting funds to wealthier school districts, thus pitting poor districts against rich districts.

The wealth redistribution argument gathers additional toxicity when placed in the demographics context of Kansas population. Nearly 24% of the Kansas population is non-white. African Americans are about 6% and Hispanics constitute about 12% of the population. It is unclear whether state legislators dragging their feet on equitable school funding believe that the Supreme Court is compelling white families to provide for the education of minority children living in poor districts.

Even though the Kansas Supreme Court does not consider ideological and racial factors in the analysis of adequate and equitable funding, and limits its observations to disparity and student performance at minimally funded school districts, the ideological and demographic factors shape Kansas politics that swings from being conservative to ultra-conservative. Predictably, the political reaction to the Supreme Court decisions is frequently rude and intimidating.

Intimidation of Kansas Judiciary
The Kansas lawmakers have threatened the Kansas judiciary with painful consequences if judges continue to promote education funding reforms. In 2016, after the Kansas Supreme Court instructed the legislature to add $100 million to public schools, some lawmakers impressed upon voters to remove the Supreme Court Justices through the ballot. Some introduced legislation to impeach justices for usurping the power of the legislative and executive branches. In reaction to the most recent Supreme Court decision, Governor Sam Brownback called the ruling a “regrettable chapter in the never-ending cycle of litigation over Kansas school funding.” The Senate President condemned the ruling as “clear disrespect for the legislative process.” It appears that the legislature is prepared to subvert the ruling by any means necessary.

It is part of Kansas culture, as far as I can tell, to vacillate between normativity and tightfistedness. The Kansas Supreme Court is questioning the funding statutes in the realm of normativity when it demands that the state legislature comply with the constitution in providing adequate and equitable funding for all public schools. The state legislature has every reason to be tightfisted in raising and spending tax dollars. However, no branch of the government is legally or constitutionally empowered to engage in invidious funding discrimination and thus impact the future of children living in poor school districts.

Some politicians further complicate the Supreme Court efforts to remedy the school funding problem. For example, Kris Kobach, running for Governor in 2018, paints Kansas as “the sanctuary state of the Midwest,” and argues that Kansas should not subsidize the tuition of “illegal immigrants.” Kobach also whips up the hysteria of fraudulent voting by non-citizens, causing legality doubts about all Kansans of Mexican heritage. Kobach’s bogus views insinuate that the citizens are being taxed to educate the children of illegal immigrants.

Public funding of K-12 schools is an egalitarian undertaking, a value enshrined in the state constitution. Kansas will no longer remain a free state if the politicians, behaving like Border Ruffians, challenge the dignity of high courts and deny poor children equal access to substantially similar educational opportunity. The Kansas Supreme Court refuses to endorse constitutional regression.